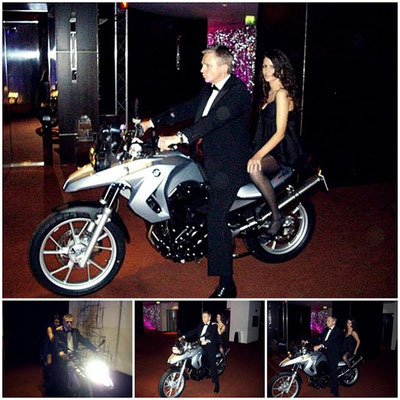 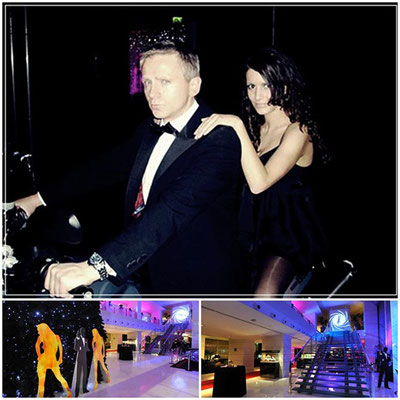 Who would have thought that the performances of the great Sir Sean Connery and Sir Roger Moore would ever have been equalled or surpassed ?

Daniel Craig’s stunning debut performance in Casino Royale set a new standard for James Bond and has breathed new life into the series. Mr Craig has brought an added dimension to Fleming’s character with a harder edge, a grittier, tougher realism, which he has developed through Quantum of Solace to the excellent Skyfall. Daniel Craig has already signed up for two more films so he will be in demand for the foreseeable future.

Why not book him for his next mission?

He has been performing as DANIEL CRAIG IMPERSONATOR since 2007 after 'too many' people said 'are you sure you're not Daniel Craig'. He is a member of the actor's union Equity, with £10 million  of public liability insurance and operates as a Limited Company. He has a great deal of experience of working on TV and film sets. DANIEL CRAIG IMPERSONATOR drives/rides cars and motorcycles and has a clean licence (to thrill!). He also speaks Japanese - is there no end to his talents!!

DANIEL CRAIG IMPERSONATOR and Daniel CRAIG are uncannily alike; they are the same height, weight, nationality, star sign, have the same hair and eye colour and are both based in London!

Recent High profile clients include (amongst others):